Many investors are drawn to emerging markets primarily because of their high growth rates, assuming returns will follow. However, there are a number of potential gaps between what appear to be high growth rates and actual returns.

For example, to estimate sales growth, investors can use a measure of trend nominal GDP growth which, in turn, reflects population growth, productivity growth, and inflation. In the case of MEs over the past 10 years, this figure was around 6%.

This compares favorably with the growth of developed countries of about 3.5 percent, but the performance of developed markets has been over 12 percent compared to emerging market returns of 5 percent.

So what happened to all this growth?

One of the main drivers is, of course, valuation changes. In developed markets, a combination of subdued growth, falling inflation, and weak and falling bond yields as part of central bank quantitative easing (QE) helped propel market valuations higher. , adding about 5% per year to overall returns.

In addition, while profit margins increased in the United States, they tightened slightly in emerging markets as wage growth accelerated and productivity declined.

Another relative headwind for emerging markets was capital structure. Historically, emerging markets tend to have higher net issuances of new stocks (and lower redemptions) than the United States and some other developed markets. In other words, revenue growth has been diluted.

What about the outlook?

Looking to the future – and using the key building blocks approach – investors should ask themselves a number of questions:

Nominal growth input changes slowly from year to year, although with potentially higher inflation going forward, revenue growth estimates are likely to be higher for developed countries and countries. emerging countries compared to the last 10 years. Margins are extreme in developed markets and may revert to a longer term or diet dependent medium version. The valuation contribution to returns can vary significantly each year – as the last two years have shown – but will struggle to replicate the contribution to returns observed over the past decade. For emerging markets in particular, the key questions will be whether valuation haircuts remain significant (currently 30 percent in developed markets) or whether they will revert to a longer-term average (around 20 percent).

In recent years, there has been a tendency to expect long-term return assumptions to decline in most asset classes. This is true, although capital market assumptions must reflect extreme fluctuations in valuations. For example, following the market close in March 2020, we took into account an increase in long-term return assumptions for stocks and related assets and lowered the bond return forecast. In the next SAA review, in light of rising market valuations and inflation risks, these return projections will come under scrutiny again.

Our longer-term return assumptions typically look at the business cycle and are more strongly influenced by the type of inflation regime underway and the implications for the path of nominal growth and interest rates.

In the shorter term, turning points in the cycle play a much more important role, as do changes in monetary and fiscal policy parameters. Short-term returns are also determined by valuations. In 2020, valuation changes were the main driver of returns, although the leadership of returns changed in 2021, shifting from valuations to real EPS growth in the case of stocks and REITs. This will likely be the case again in 2022, as political and liquidity conditions deteriorate.

From a portfolio construction perspective, an improving feature for emerging markets for Australian investors is that their correlation with Australian stocks has declined, as has its volatility. The characteristics of EM have of course changed, as resources are no longer a significant weight, reflecting the growing importance of China in the index. There is no doubt that the characteristics of EM exposure will change further over the next decade.

By comparing the returns of developed markets to those of emerging markets (EM) using the building blocks of growth in earnings per share (EPS), income, valuations and total return, it is easy to see why EMs don’t have not performed as well over the past decade. 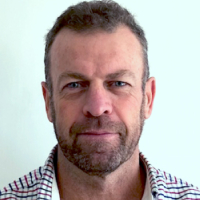 Neil is the associate editor of wealth headlines including ifa and InvestorDaily.

Neil is also the host of the ifa show podcast.

How Fairphone is building an ethical phone for our immoral world

Rise in construction materials, but fall in wood prices