A scientist plans a new society by accelerating the collapse of the current regime by FoundationApple’s big-budget series based on novels by isaac asimov. With battles spanning across the galaxy and spanning decades, the show is as ambitious as sci-fi gets.

Showrunner David S. Goyer (The sand man, Batman v Superman: Dawn of Justice) based the first of eight planned seasons on Asimov’s initial trilogy book. Key characters include scientist Hari Seldon (Jared Harris), which traces the future through mathematics; Empire aka Brother Day (Lee Pace), one of the three clones that control the Galactic Empire; Gaal Dornick (Lou Llobell), a mathematical prodigy who slowly uncovers the full extent of Seldon’s true intentions; and Salvador Hardin (Lea Harvey), a guardian on Terminus, which is a planet of exiles.

production designer Rory Cheyne has worked on several series, including Hannibal and american gods, although Foundation presented a unique challenge for him. Cheyne spoke to under the line on Zoom from his apartment in Prague, where he is currently working on the second season of Foundation. 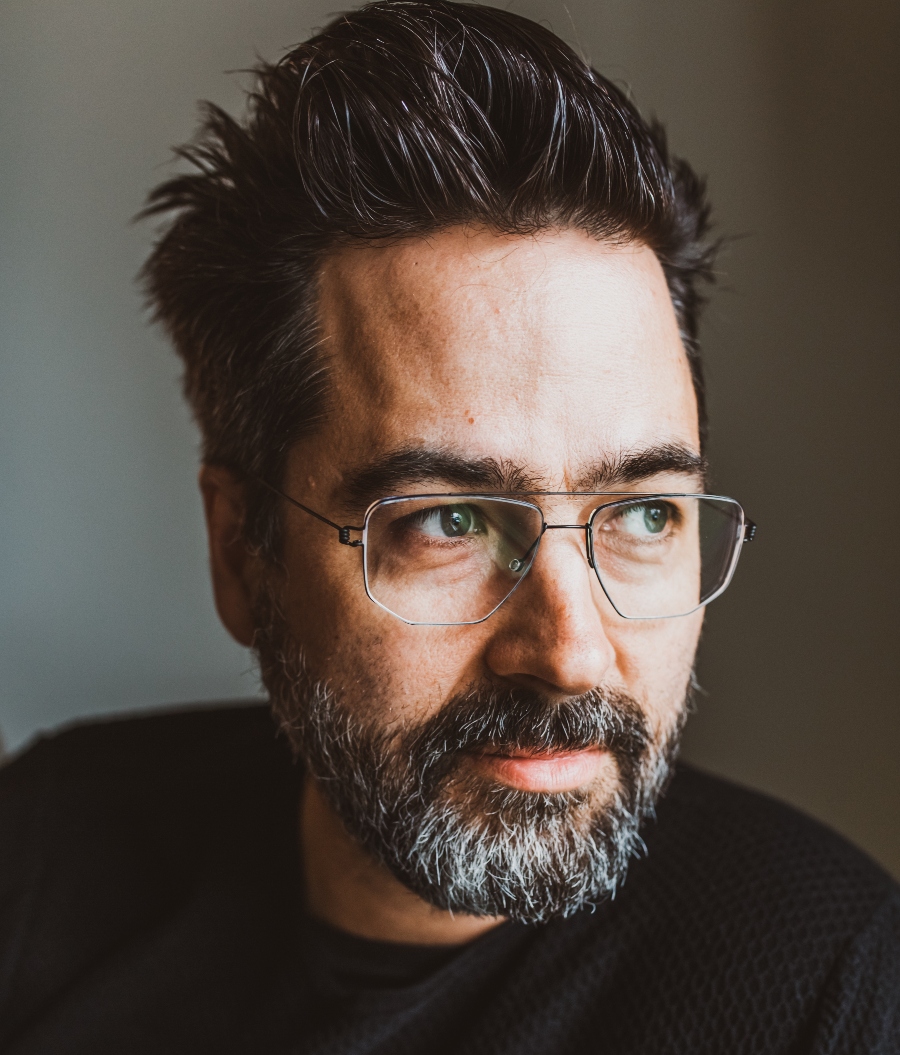 Below the line: how Foundation compare to your other job?

BTL: I have to admit that I haven’t read the novels, so I don’t know what is based on Asimov and what is pure imagination.

Cheyn: The books were really kind of a grand theory, right? Big ideas. I don’t know if the visuals were really explained in the books. We took it upon ourselves to create the visuals for each world we would visit. One thing that we drew inspiration from was the new art that people loved at that time, artists like Chris Foss. This style had these wild and crazy spatial shapes and used lots of colors. I wanted to bring color to the series.

BTL: How detailed were the scripts?

Cheyn: I think this is the first time that I get all the scripts in advance, the 10 episodes. Usually I get the first three episodes. In a traditional series prep, you prep one episode, shoot one episode, prep the next.

With Foundation, I had to design the whole series before I started shooting. We had six different directors and we were shooting en bloc as we moved from country to country. So everything had to be done in advance – spaceships, locations, everything fully scouted, designed and built. 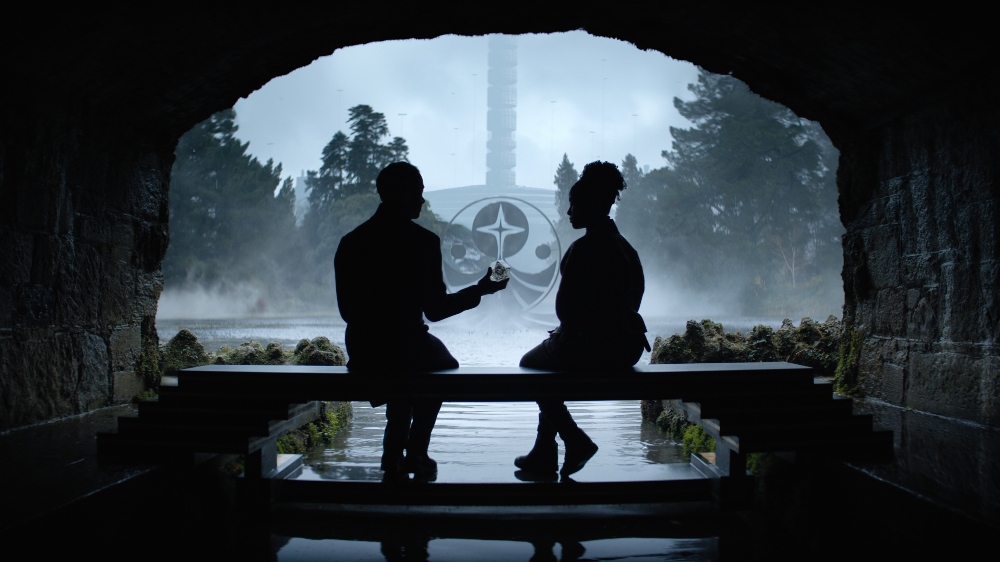 BTL: How did you find the future of the different planets in the series?

Cheyn: First, we broke down the planets based on where I could shoot them. We shot in Iceland, Berlin, Lake Constance, the Canary Islands and Malta.

Take Trantor, the headquarters of the Empire. My idea of ​​Trantor was layers and layers of architecture on top of each other. A place like Berlin, it’s a city where you have styles of architecture from the 80s, 70s and 60s. We could find different locations to shoot there that had the eclectic feel of what Trantor was going to be.

For Maiden, most of this planet is desert. We shot the architectural pieces of these ancient forts in Malta. Masonry there was a way to get different colors, oranges and light browns, arid colors. We shot the spiral where the Empire continues its journey through the Canary Desert.

BTL: There’s a spectacular aerial view of Maiden that shows a courtyard of gold and white tiles.

Cheyn: This happened after scouting, finding locations. We needed some sort of welcoming space for the planet outside the palace. We used the same space after death when they launched rockets into space. We had a big, big crane shot that turned into a visual effect shot and went off into space.

BTL: To what extent were the sets fully constructed?

Cheyn: It’s a tricky thing. We have tried to keep everything behind closed doors as much as possible. I worked with a friend, Chris McLean, who was also the visual effects supervisor. We were always on a plane together, researching and then reviewing our photos to figure out what would be real, where that real would end, and where it would take over so that we could have as seamless a show as possible. 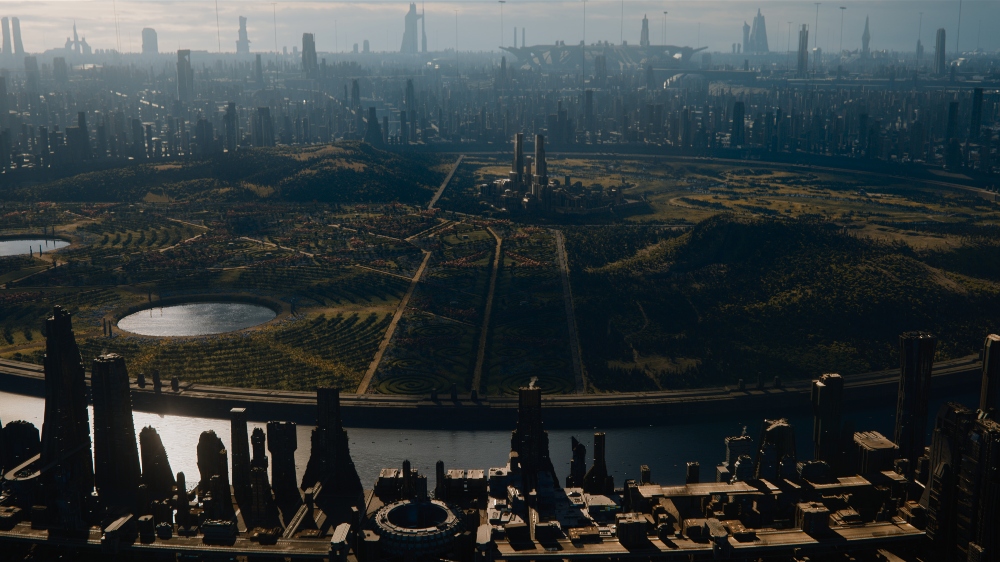 BTL: With something like the planet Terminus, how many have you built?

Cheyn: We shot some of it in Iceland, where we built all these structures. The main part of Terminus City was Iceland, then we moved to the Canaries, which had a similar landscape. We have built about 70,000 square feet of structures there. We used shipping containers, thinking the settlers scuttled the spaceship they arrived on and salvaged its parts for the buildings.

BTL: I really admired the detail you brought to things like infrastructure and utilities. Scenes on Trantor have so many levels, for example.

Cheyn: One thing I loved about the books was that Trantor was such a starved planet. There was no water or building materials, so people relied on these giant supply ships.

When dawn (Cassion Bilton) continues its journey into the depths of Trantor, we used this huge reservoir of water in Malta which is usually intended for period films. We were using it as a sort of reservoir for the planet, where Dawn would jump off the edge and slide into the sewers of Trantor. We built the slide, and Chris added a giant space receiver.

BTL: How do you collaborate with directors and DPs who only work on one or two episodes?

Cheyn: I communicate with them daily. Directors and DPs break down their scripts, do their storyboards, and come up with ideas for certain scenes. I present them with a design book of all our ships and worlds, what they look like, and a set of location photos.

With the directors of photography, I need to be able to design sets so that they can put their lights in the right place and also be able to put their lenses where they want. It could be by unleashing the walls, moving the lights around, giving them more space. 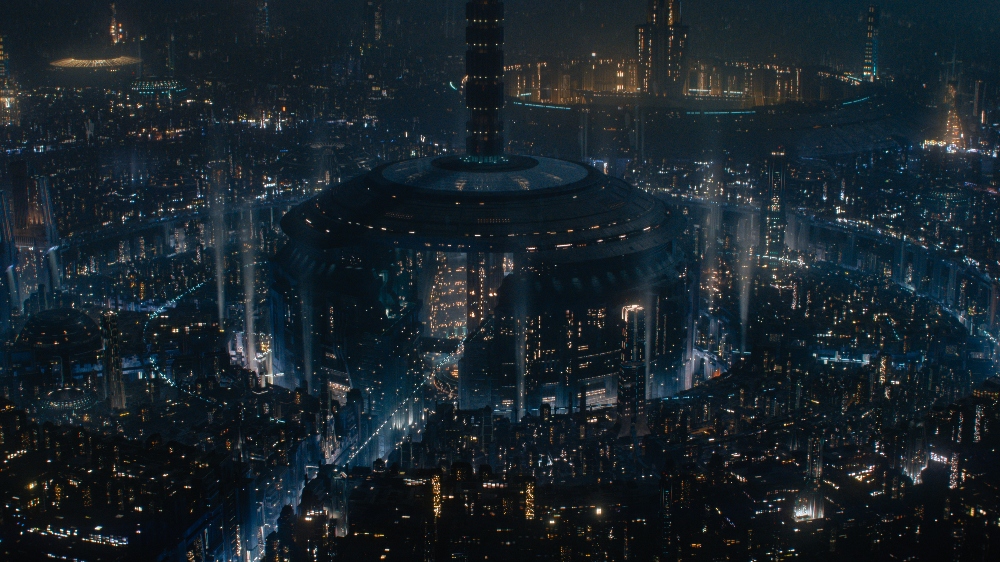 Cheyn: Most sets look like a full, immersive space. There’s a scene in Episode 2 where Gaal walks into this escape pod. I wanted the pod to eject through the ground and then exit the spaceship. We built the set about 14 feet in the air so she could run down the hallway into the escape room, climb into the pod, and then the pod physically drops through the floor – and do it all behind closed doors. .

BTL: Some DPs want to light an entire set at once and then adjust for individual shots.

Cheyn: The problem with spaceship lighting is that there is no sun, right? Must be all practical work on a spaceship.

Cheyn: David goes on to say that this is an eight year series.

BTL: Does the story extend to other planets?

Cheyn: We still have a few planets to visit in Season 2. Deserts, jungles, more water, and we haven’t even seen the Mule yet.

Foundation Season 1 is now streaming in its entirety on Apple TV+.